The Purpose of Camping

The Purpose of Camping It is great fun to live in the glorious open air, fragrant with the smell of the woods and flowers it is fun to swim and fish and hike it over the hills it is fun to sit about the open fire and spin yarns or watch in silence the glowing embers.

But the greatest fun of all is to win the love and confidence of some boy who has been a trouble to himself and everybody else, and help him to become a man H. M. Burr.

The Purpose The summer time is a period of moral deterioration with most boys. Free from restraint of school and many times of home.

Boys wander during the vacation time into paths of wrongdoing largely because of a lack of directed play life and a natural outlet for the expenditure of their surplus energy.

The vacation problem therefore becomes a serious one for both the boy and his parent Camping offers a solution The Purpose.

“The Purpose The Purpose A boy in the process of growing needs the outdoors. He needs room and range. He needs the tonic of the hills, the woods and streams.

The Purpose He needs to walk under the great sky, and commune with the stars. He needs to place himself where nature can speak to him.

The Purpose He ought to get close to the soil. He ought to be toughened by sun and wind, rain and cold. Nothing can take the place, for the boy, of stout physique, robust health, good blood, firm muscles, sound nerves, for these are the conditions of character and efficiency. The early teens are the most important years for the boy physically.

Through the ages of thirteen and fifteen the more he can be in the open, free from social engagements and from continuous labor or study, the better.

The Purpose He should fish, swim, row and sail, roam the woods and the waters, get plenty of vigorous action, have interesting, healthful things to think about.”
–Prof. C. W. Votaw.

This is the real purpose of camping–“something to do, something to think about, something to en¬joy in the woods, with a view always to character¬-building”–this is the way Ernest Thompson-Seton, that master wood-craftsman, puts it. Character build¬ing! What a great objective! It challenges the best that is in a man or boy. Camping is an experi¬ence, not an institution. It is an experience which every live, full-blooded, growing boy longs for, and happy the day of his realization. At the first sign of spring, back yards blossom forth with tents of endless variety. To sleep out, to cook food, to search for nature’s fascinating secrets, to make things–all are but the expression of that in¬stinct for freedom of living in the great out-of–doors which God created within him.

THE PURPOSE OF CAMPING

Too Much House Too much house says Jacob Riis; “Civilization has been making of the world a hothouse. Man’s in¬stinct of self-preservation rebels; hence the ap¬peal for the return to the simple life that is growing loud.”

Boys need to get away from the schoolroom and books, and may I say the martyrdom of examinations, high marks, promotions and exhibitions! Medical examinations of school children reveal some startling facts.

The tide is turning, however, and the people are living more and more in the open. Apostles of out¬door life like Henry D.

Thoreau, John Burroughs, William Hamilton Gibson, Howard Henderson, Ernest Thompson-Seton, Frank Beard, Horace Kep¬hart, Edward Breck, Charles Stedman Hanks, Stewart Edward White, “Nessmuck,” W. C. Gray, and a host of others, have, through their writings, ar-rested the thought of busy people long enough to have them see the error of their ways and are bring¬ing them to repentance.

Camps for boys are springing up like mushrooms. Literally thousands of boys who have heretofore wasted the glorious summer time loafing on the city streets, or as disastrously at summer hotels or amusement places, are now living during the vacation time under nature’s canopy of blue with only enough covering for protection from rain and wind, and absorbing through the pores of their The Purpose body that vitality which only pure air, sunshine, long hours of sleep, wholesome food, and reasonable discipline can supply.

In reading over scores of booklets and prospectuses of camps for boys, one is impressed with their unanimity of purposethat of character building. These are a few quotations taken from a variety of camp booklets:

“The object of the camp is healthful recreation without temptation.”
“A camp where boys live close to nature, give themselves up to play, acquire skill in sports, eat plenty of wholesome food, and sleep long hours … and are taught high ideals for their own lives.”
“To give boys a delightful summer outing under favorable conditions, and to give them every opportunity to become fa¬miliar with camp life in all its phases. We believe this contributes much to the upbuilding of a boy’s character and enables him to get out of life much enjoyment that would not otherwise be possible.”

“A place where older boys, boys of the restless age, may live a happy, carefree, outdoor life, free from the artificialities and pernicious influences of the larger cities”; a place where “all the cravings of a real boy are satisfied”; a place “where constant association with agreeable companions and the influence of well-bred college men in a clean and healthy moral atmosphere make for noble manhood; a place where athletic sports harden the muscles, tan the skin, broaden the shoulders, brighten the eye, and send each lad back to his school work in the fall as brown as a berry and as hard as nails.”

THE PURPOSE OF CAMPING

“A camp of ideals, not a summer hotel nor a sup¬planter of the home. The principal reason for its existence is the providing of a safe place for par¬ents to send their boys during the summer vacation, where, under the leadership of Christian men, they may be developed physically, mentally, socially, and morally.”
Whether the camp is conducted under church, settlement, Young Men’s Christian Association, or private auspices, the prime purpose of its existence should be that of character building.
“Because of natural, physical, social, educational, moral, and religious conditions, the boy is taught those underlying principles which determine char¬acter. The harder things a boy does or endures, the stronger man he will become; the more unselfish and noble things he does, the better man he will become.”

The Purpose The day of the extreme “rough-house” camp has passed. Boys have discovered that real fun does not mean hurting or discomforting others, but consists in making others happy. The boy who gets the most out of camp is the boy who puts the most into camp.

Many camps build their program of camp activities around a motto such as
“Each for All, and All for Each,”
“Help the Other Fellow,”
“Do Your Best,”
“Nothing Without La¬bor,”
“A Gentleman Always,” and
“I Can and I Will.”

The Purpose Endurance, self-control, self-reliance, and unsel¬fishness are taught the “Boy Scouts” through what is called the “Scout Law.”

The Purpose All these are valuable, because they contribute to the making of character.
In the conduct of a boys’ camp there must be a definite clear-cut purpose if satisfactory results are to be obtained. The Purpose A go-as-you-please or do-as-you please camp will soon become a place of harm and moral deterioration.

Camping should give to the boy that self-reliance which is so essential in the making of a life, that faith in others which is the foundation of society, that spirit of altruism which will make him want to be of service in helping other fellows, The Purpose that consciousness of God as evidenced in His handiwork which will give him a basis of morality, enduring and reasonable, and a spirit of reverence for things sacred and eternal. He ought to have a better appreciation of his home after a season away from what should be to him the sweetest place on earth.

The success or failure of a boys’ camp depends upon leadership rather than upon equipment. Boys are influenced The Purpose by example rather than by precept. A boys’ camp is largely built around a strong personality. Solve the problem of leadership, and you solve the greatest problem of camping.

No matter how large or how small the camp, there must be one who is in absolute control. He may be known as the director, superintendent, or leader. His word is final. He should be a man of executive ability and good common sense. He should have a keen appreciation of justice. A desire to be the friend and counsellor of every boy must always govern his action. He will always have the interest and welfare of every individual boy at heart, realizing that parents have literally turned over to his care and keeping, for the time being, the bodies and souls of their boys. To be respected should be his aim. Too often the desire to be popular leads to failure.

Aim to secure as assistant leaders or counsellors young men of unquestioned character and moral leadership, college men if possible, men of culture and refinement, who are good athletes, and who understand boy life.

“They should be strong and sympathetic, companionable men. Too much care cannot be exercised in choosing assistants. Beware of effeminate men, men who are morbid in sex matters. An alert leader can spot a ‘crooked’ man by his actions, his glances, and by his choice of favorites. Deal with a man of this type firmly, promptly, and quietly. Let him suddenly be ‘called home by circumstances which he could not control.'” The leader must have the loyalty of his assistants. The Purpose They should receive their rank from the leader, and this rank should be recognized by the entire camp. The highest rank¬ing leader present at any time should have authority over the party.

In a boys’ camp I prefer the term “leader” to that of “counsellor.” It is more natural for a boy to follow a leader than to listen to wise counsellors. “Come on, fellows, let’s–” meets with hearty response. “Boys, do this,” is an entirely different thing. Leaders should hold frequent councils regarding the life of the camp and share in deter-mining its policy.

The most fruitful source of supply of leaders should be the colleges and preparatory schools. No vacation can be so profitably spent as that given over to the leadership of boy life. Here is a form of altruistic service which should appeal to purposeful college men. 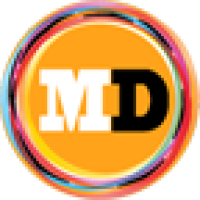 The Difference HTTP And HTTPS